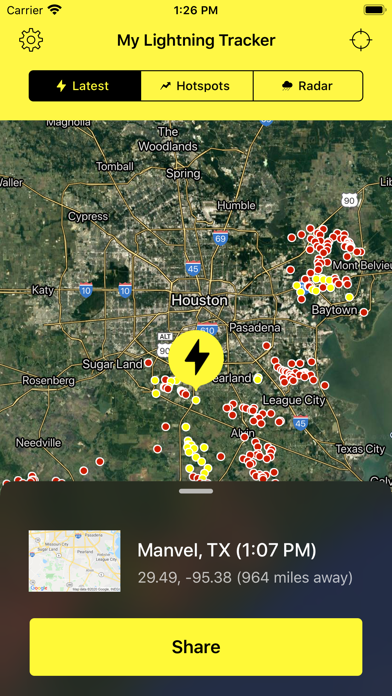 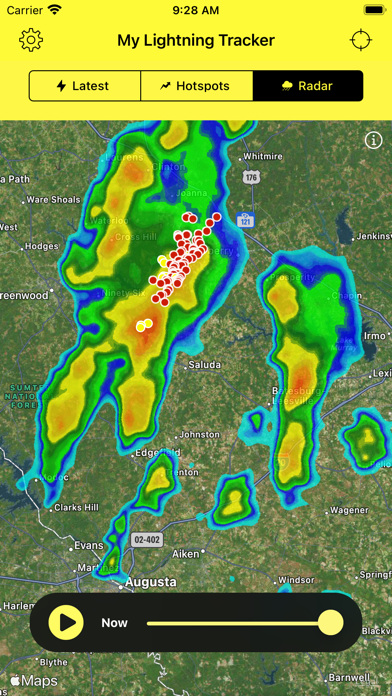 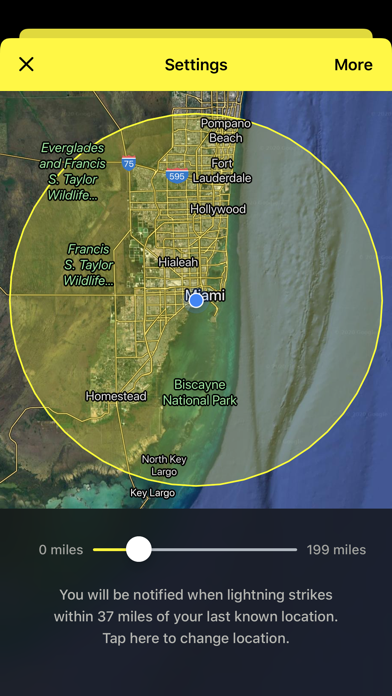 My Lightning Tracker is the best app for monitoring lightning strikes all around the world in close to real-time. With a sleek modern design, you can watch thunderstorms as they occur. You can also receive notifications whenever strikes are detected in your area.

- Detects and displays lightning strikes all around the world!
- See a history of hotspots where lightning strikes occur most often!
- View more detailed information about where the thunderstorm is occurring on a map.
- Receive a lightning alarm when a storm is nearby so that you can monitor it live.
- Share a strike with your friends so that they can see where the thunder & lightning is occurring too!
- Monitor the weather radar to track what could be coming.
- Full support for the latest iPhone and iPad models.

If you want the most efficient way of keeping up lightning strikes and thunderstorms, then My Lightning Tracker is the right lightning network for you. This version is ad-supported and is similar to apps such as Blitzortung, Lightning Cast, Spark and Live Lightning.

The app now requires iOS 12 or later. If you are using iOS 11 then you can update by opening the Settings app and going to General --> Software Update.